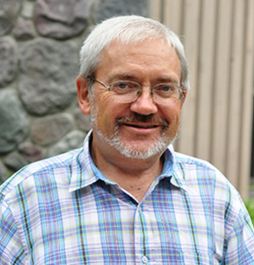 Rev. Terry DeYoung of Holland, Mich., has been named the recipient of the 2020 Henri J. M. Nouwen Award. The award is presented annually by the Religion and Spirituality Interest Network of the American Association on Intellectual and Developmental Disabilities (AAIDD). It honors an individual whose life and work reflect a distinguished level of commitment to ministry and servanthood that values people with developmental disabilities and their lives of faith. “Terry’s writing, teaching, and ministry truly exemplify the spirit of the Nouwen award,” said David Morstad, president of the Religion and Spirituality Network, “We’re thrilled to honor him.”

DeYoung is coordinator for Disability Concerns for the Reformed Church in America (RCA). He was hired 11 years ago to raise awareness by launching the RCA’s first ministry to, with, and by people with disabilities, and to do so in collaboration with the longstanding Disability Concerns ministry of a sister denomination, the Christian Reformed Church in North America (CRCNA).

In 32 years as an ordained minister, he has served as a pastor, magazine editor, and denominational staff member. Since 1992 he has been active with Disability Network/Lakeshore, a Center for Independent Living that advocates for people with disabilities in two west Michigan counties. His exposure to the disability rights movement and its independent living philosophy have been instrumental in DeYoung’s growing awareness of the needs and marginalization of people with disabilities.

“People with disabilities truly have been my greatest teachers in this work that we share. I love what I do and who I do it with,” DeYoung said in receiving the award. “I am deeply indebted to several grassroots RCA members with disabilities who were willing to stir the pot in 2003 and challenge the RCA’s highest assembly to take bold action within our small but historic denomination. Our partnership with CRCNA Disability Concerns has become a model for mutuality, interdependence, belonging, and doing more together, as together we seek to foster churches where everybody belongs and everybody serves.”

DeYoung’s work with RCA Disability Concerns for the past 11 years have been richly influenced by professional and personal experiences. He lives with a rare, congenital bone condition that affects all of his joints and the growth of his bones. For 30 years he has been married to Cindi Veldheer DeYoung, also an ordained minister in the RCA. Cindi, who has lived with significant hearing loss since childhood, is a chaplain at Spectrum Health’s large medical center in downtown Grand Rapids, Mich.

AAIDD is the oldest and largest interdisciplinary organization of professionals and others concerned about intellectual and developmental disabilities. Since 1876, the organization has been providing worldwide leadership in the disability field. The AAIDD Religion and Spirituality Interest Network is an interfaith, interdisciplinary association of professionals who foster opportunities for spiritual growth among people with developmental disabilities and their families.

View all posts by aaiddreligion